Walk by Faith, Not by Fear

“Two men went to the temple to pray.” 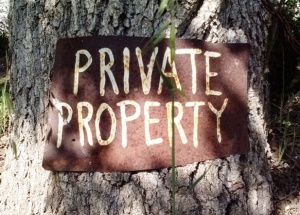 “Two men went up into the temple to pray, one a Pharisee and the other a tax collector. The Pharisee stood and was praying this to himself: ‘God, I thank You that I am not like other people: swindlers, unjust, adulterers, or even like this tax collector.” Luke 18:10-11

One wonders how the disciple Matthew, a former tax collector, must have felt upon hearing this parable.

Jesus most certainly told the story to convey a message to the Pharisees: those who exalt themselves will be humbled, and those who are humble will be exalted.

He also wanted to communicate to those in this honor and shame culture that those who were traditionally the subject of finger-pointing, shaming and humiliating were those who Jesus himself invited to the table to eat the Bread of Life and drink his Living Water. It is a message not just for first century listeners, but for 21st century readers of the Gospel message.

The Pharisees of the first century were determined to keep people out of God’s kingdom. That is not God’s intention. Jesus came to invite everyone; it was a radical idea then. It’s a radical idea now. Though we may be loathe admitting it, we still live in an honor and shame culture.

Let’s get real for just a moment: in Western culture, there always appears to be a minority that seems acceptable to kick around. Oh, it’s changed over the decades, but if you really think about it, you can identify which one was the hot topic of political agendas over the years. Now, it’s the LGBTQ community, particularly in certain circles of Christianity. And the trigger word around this topic is “lifestyle.” But here is a radical, “new” concept about lifestyle.

If we are going to be ready for Jesus Christ, we have to stop being religious. In other words, we must stop using religion as if it were some kind of a lofty lifestyle – we must be spiritually real.(Oswald Chambers, c. 1912*)

Being spiritually real means inviting the Holy Spirit to speak for us. It means putting aside our own, small, “religious” agendas and our fear of the differences of other people to let the love of God speak into our hearts so we can speak it into theirs.

It means courageously and outrageously speaking “the message of the gospel, of Christ absurdly serving, sacrificing, and loving people so much that He would die for them [so it is not] drowned out by morbidly dark warnings, shame tactics, ruthless accusations, angry rants, manipulative sermons, fear mongering, and vicious attacks.” – Stephen Mattson, Red Letter Christians http://bit.ly/1ff5yPA

It means opening our hearts and minds, it means embracing instead of pushing away, it means humbling ourselves to see that maybe – just maybe – our point of view of judging, shaming, accusing, denigrating and loving conditionally is wrong. It is not love. It is not following in the footsteps of a loving God.

“Beloved, let us love one another, for love is from God, and whoever loves has been born of God and knows God. Anyone who does not love does not know God, because God is love. There is no fear in love, but perfect love casts out fear. For fear has to do with punishment, and whoever fears has not been perfected in love. We love because he first loved us. If anyone says, ‘I love God,’ and hates his brother, he is a liar; for he who does not love his brother whom he has seen cannot love God whom he has not seen. And this commandment we have from him: whoever loves God must also love his brother.” 1 John 4:7-9, 18-21

If you are still unconvinced, please set aside 34 minutes to watch http://bit.ly/1jjXkHq for an eloquent and personal story.

It will be well worth your time.

We weep. We seek heaven for grace, mercy and redemption, as we try, not to get better, but to be better. And we pray that God can somehow use our story to help other parents learn to truly love their children. Just because they breathe. Linda Robertson, http://justbecausehebreathes.com

Posted in On Loving Others